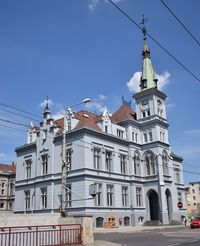 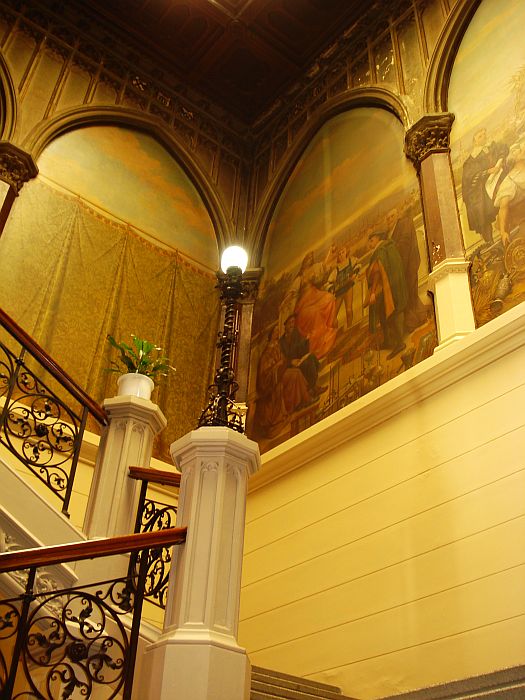 The history of our company started at 1952, when the research institute became a separate legal entity. Much of our history is closely connected with the historical headquarter building in Usti nad Labem.

The building was built between 1893 and 1895 as an administrative building of the Austrian Association for Chemical and Metallurgical Production, today the Association for Chemical and Metallurgical Production. The author of the plans for this neo-gothic building was the corporate architect Robert Langs. The most impressive part of the building is the main staircase hall with a wall oil painting consisting of three parts. The main task of the building was to celebrate the activities of the Association and its leaders. The central of the painting is dominated by the rendition of the director, Dr. Max Schaffner.

The most beautiful room of the building is boardroom. Its interior has been preserved in an original neo-gothic style. Wood paneling alternates with painted walls in this room. The paintings in the staircase hall and boardroom were created by Josef Reiner. 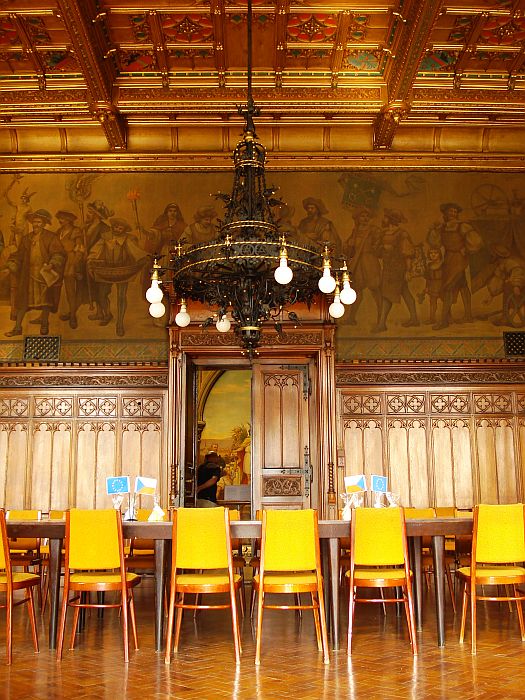 In 1931 the administrative building of the Association ceased to fulfill its purpose. In the 30s it was reconstructed in research and testing laboratories.The research capacities of the Association were concentrated there. After occupation of borderland by the German army the Association was sold. The new owner, I. G. Farbenindustrie and Chemische Werke von Heyden, interrupted the research in new laboratories and rented the greater part of the building to the headquarters of the Imperial Post during the years 1938 – 1945.

In 1952, Research Institute of Inorganic Chemistry (VÚAnCh) took over this building and it still has the registred office there. VÚAnCh follows the tradition of the chemical research of the Association in this building. 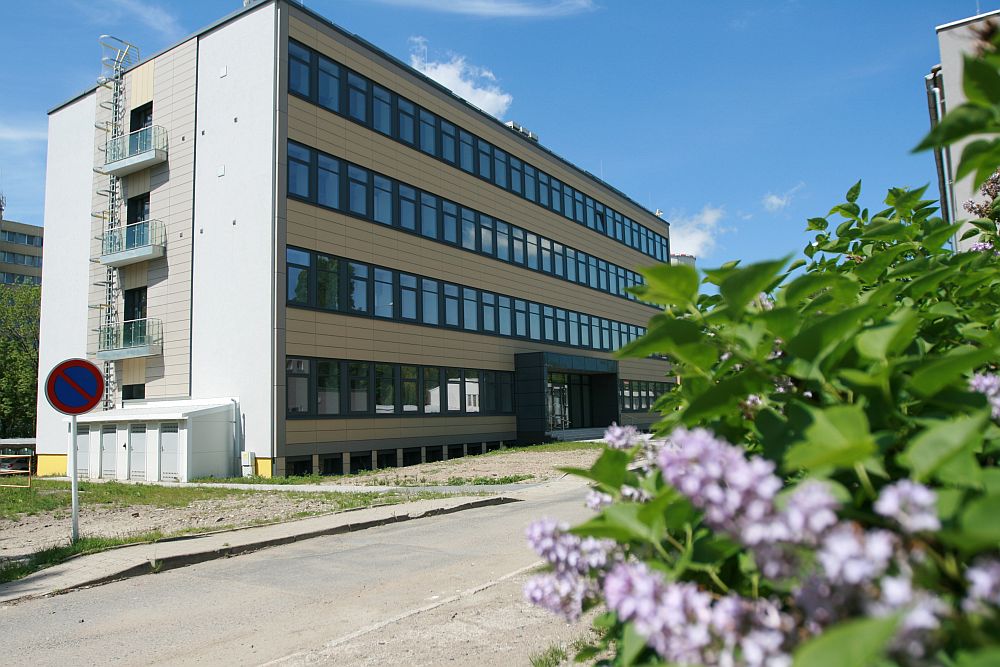 In the years 2010-2015 VÚAnCh bulit up a new reasearch centre UniCRE in frame of a project funded by the Operational Programme Research and Development for Innovation. Unipetrol Centre for Research and Education, a.s., as it is now called oficially, operates in two locations - Litvínov and Ústí nad Labem, where the company’s registred office is located.

The research in Litvínov was motivated by the post-war situation when it was necessary to produce fuels for Czechoslovakia without any other sources. The raw material was coal but soon it was necessary to switch to a binary raw material base, i.e. coal and oil. The factory was damaged, German experts were relegated. In the 1950s, an embargo was imposed on imports of Western catalysts and advanced technologies.

Luckily, a group of enthusiastic young engineers gathered here to take on the difficult task.

The profile of this institute mirrored the development of the factory, which until 1972 focused on the chemical co-processing of coal and oil. Since the 1970s the company developed significantly, which consisted in a capacity increase in production. It developed in terms of quantity (Druzhba pipeline) and qualitatively (deep oil processing, petrochemistry and polymer production). However, the research of polymer production was carried out by VÚMCH (Research Institute of Macromolecular Chemistry, nowadays Polymer Institute Brno).

The research was motivated by the need for co-processing of both raw materials. Since 1972, when the chemical processing of coal was stopped, only oil processes have been developed. VÚCHVU continued to focus on its own heterogeneously catalyzed processes. Due the fact the company has its own research the production of motor fuels and polymers corresponded to the European level.

During the political changes in 1990s, which significantly affected the organization of the Czech chemical industry, VÚCHVU was renamed to the Research and Development Center (VVC). Research continued here according to the needs of the Chemopetrol company, especially in the field of catalytic processes. However, it competed with other research departments of the later owners of the refinery - Shell, Agip and Conoco. The fact that the research has survived this period proves its European level. During other organizational changes, the VVC section was connected with the independent joint stock company Institute of Inorganic Chemistry (VÚAnCh).